As every February 11th, it was Cameroon’s youth festival for the 55th time in 2021. Taking advantage of the occasion, the AFRIQUE FUTURE School Complex of Emana completed the week with various activities. Teachers and students had prepared the event enthusiastically.

Father Emmanuel gave 10 to 15,000 CFA francs (15-22 euros) to each supervisor for their efforts. The budget needed for the youth week was determined by teachers and students. The students asked their parents for a possible contribution and AFRIQUE FUTURE would top up the amount.

While classes were held in the morning, the afternoon of the first day was dedicated to the “Emmanuel Cup Final”.

The young footballers, representing all classes of the High School Complex, play during the three weeks leading up to Youth Week. On the first day, the two winning classes play against each other. This year, it was the 11th Form (class before the final year) versus the 12th Form (final year class) – and the 11th Form won.

The winners receive the precious trophy from Father Emmanuel; they will display it for a long time, then return it to the association. Winners and losers will each keep the new T-shirt offered by AFRIQUE FUTURE.

Father Emmanuel and his guests could discover different cultures of Cameroon through dresses, dances and regional food prepared by the students.

A jury chose the best represented region. In 2021, it was the Centre Region that dazzled the public with its traditional costumes, dances, food, decoration of the stand and its whole presentation by a speech in the local language. From middle school to the final year of secondary school, each class represented a region and the pupils of each class chose some of their friends to be the actors on the stand. 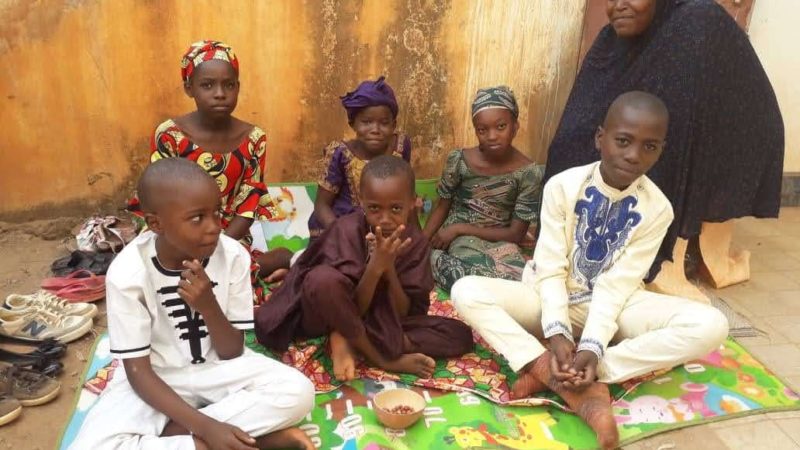 Students presented their skills in traditional crafts and their educational achievements at the many carefully prepared stands.

The kindergarten classes invited visitors to the market and prepared meals. 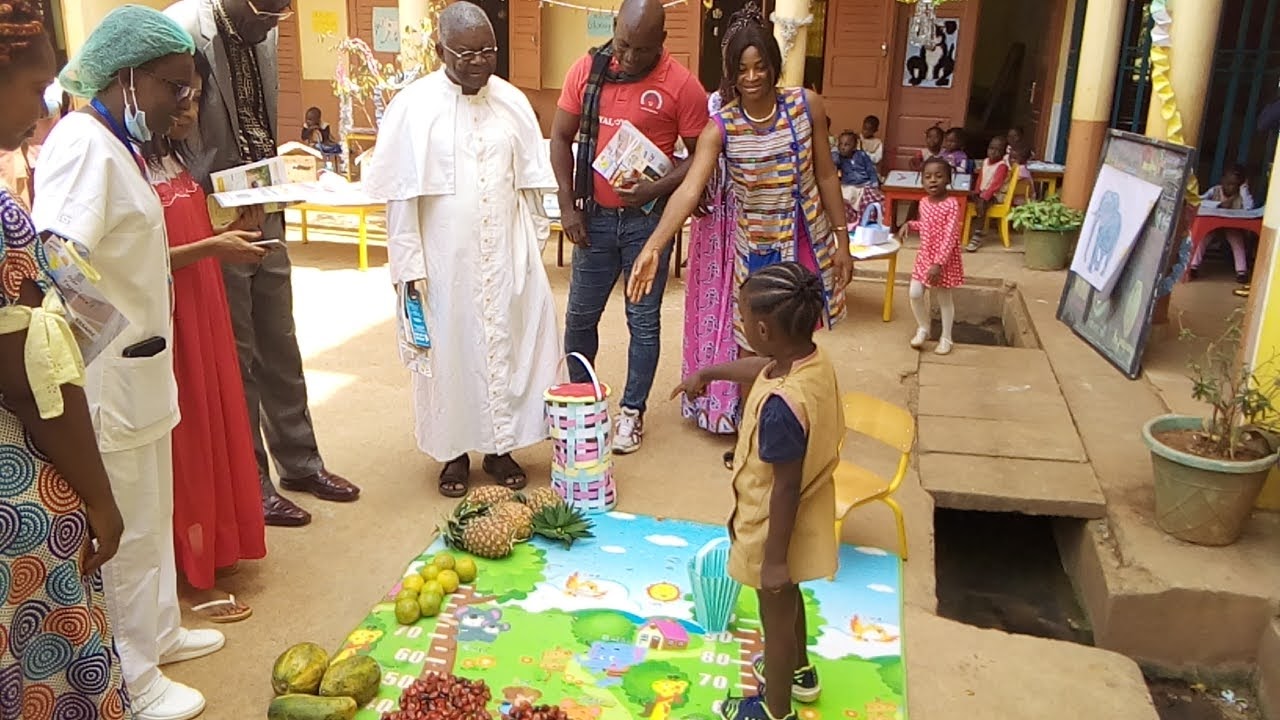 Primary school classes were engaged in crafts such as making beautiful babouches (slippers), and some pupils proved to be talented painters…

Interactive and playful demonstrations took place all day. The students at the chemistry stand carried out spectacular experiments, those in the biology workshop handled filters and test tubes, and the budding electricians explained the principle of two-phase current.

The parents who could be free for the day joined Father Emmanuel and his guests in admiring the ever-improving quality of teaching at the Emana Complex.

The School Complex Newspaper Club is an important part of the students’ associative life.

4. NOMINATION OF THE BEST STUDENTS (10 FEBRUARY)…

This year, the Brasseries du Cameroun (Breweries) awarded prizes to the best middle-school pupils of Yaoundé schools. Those of the Emana Complex won the prize. The Breweries gave them backpacks and AFRIQUE FUTURE showered them with notebooks and T-shirts (from France).

The government chose the AFRIQUE FUTURE Complex of Emana for two presentations which were made on the last day, one on road prevention and the other on school deviance.

... AND ELECTIONS OF THE SCHOOL AMBASSADORS

The elections of Miss and Mister “Complexe Scolaire d’Emana” were held on the last day. The parents were involved in making very elegant clothes and some of them came to support their children during the election. A “Miss” representing a brand of beauty products was in the jury with two female teachers.

Eight students (four boys and four girls) were finally selected as candidates for ambassadors. They were asked to speak on a topic in the local language and in a foreign language – English, Spanish, German.

While they were getting ready, the other students occupied the time available by reciting poems, having fun with spelling contests and verbal jousts.

On 11 February – National Youth Day – pupils from all the schools in and around Yaoundé usually gather at Place de l’Indépendance for a long and joyful parade. Covid prevented this event in 2020 and in 2021, and the potential participants were requested to stay home.

LIFE AS IT GOES… AT EMANA HOSPITAL